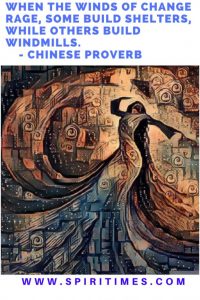 Societal and personal problems arising from negative behaviour, abound; drunk driving, violence, drug abuse, obesity, environmental degradation, task-avoidance. Significant economic consequences, as well as devastating costs in terms of human suffering and loss, arise from these. In these, how to change your behaviour from negative to positive, marks on necessity. Its ideas help us to improve the quality of our lives. The ideas explored here target observable behaviour or behavioural outcome.

To continue with, environmental stimuli often direct behaviour, while consequences control behaviour. Stimuli in the environment broadcast the availability of consequences. These stimuli known as antecedents or activators precede and direct behaviours obtaining a desired consequence. For instance, overweight, dieting people may be lured in by a sign, an antecedent stimulus in front of a fast food restaurant. The sign stimulates them to drive to the car park, walk into the restaurant and open their wallet, to get the immediate consequence of a large burger and super-sized fries. The notion of antecedent driving behaviour, and consequence resulting from behaviour, often provides a foundation for behaviour-change interventions.

Following on, how to change your behaviour from negative to positive, accounts for improved quality of life.

1. Become Aware Of The Soon and Certain Consequences Of An Undesirable Behaviour

The most motivating consequences show up as those which are soon and certain (Geller, 2001). For instance, to smokers, the soon and certain consequences of relief from cravings and the pleasurable feeling of inhaling and exhaling smoke, feature more motivating than the distant and uncertain prospect of horribly dying of cancer or emphysema. Reasoning from, for the smoker to avoid the next drag on his cigarette, he must be convinced that the behaviour will cause soon and certain debilitation, illness or death. Following on, to increase the frequency of a desirable behaviour or decrease the occurrence of undesirable behaviour, highlight the obvious, immediate consequences following the behaviour. A smoker in view, the immediate and certain consequences of smoking spotlight as increased stress and phlegm production, persistent cough, decreased physical performance.

2. Keep In View A Strong Reason For The Desired Change

You can do this by educating yourself, making remote, uncertain or unknown consequences more conspicuous, and then connecting them to the present. Illustrating with, an intervention designed to curb drug abuse could provide information about the negative consequences of drug abuse. Abnormal heart-rate to heart attack. Cancer of the mouth. Nausea and vomiting. Brain and kidney damage. Risky behaviours. Following from, highlight the positive consequences of being drug free. Freedom from physical dependency and legal problems. Improved finances, emotional and physical health, and relationships. Being present and cultivating rewarding memories. In view of, how to change your behaviour from negative to positive, grounds in sound logic.

Moreover, to enhance the effectiveness of educational and training interventions, tailor the information to yourself or a target audience (Daamen, Staats, Wilke and Engelen 2001). Tailored messages contain specifics of how an undesirable behaviour could be curbed in a person’s life and the personalised consequences.

To demonstrate specific behaviours to a target audience headlines as modeling. Modeling features more effective when they are presented with a rewarding consequence following immediately after the desired behaviour. For example, you can become one of the participants viewing a twenty-minute videotaped presentation of conservation behaviours. Essentially, the video needs to highlight the positive financial or other consequences of performing the conservation behaviours.The electronic media are veritable sources of benefitting from modeling.

5. Stand To A Behavioural Commitment

This is a process where we formally agree to change our behaviour, thereby making a behavioural commitment. Restrengthening this, asking ourselves to make a written or verbal commitment to perform a target behaviour increases the possibility that the behaviour will be performed (Geller, 2001, 2002). Therefore, to sign up a pledge or promise card to increase a desirable behaviour like recycling, exercising, or arrest an undesirable behaviour like smoking, often starts us feeling obligated to honour our commitment. This tendency arises from the powerful social norm of consistency, creating pressure to be internally and externally consistent. Also, commitment strategies work best when the commitment is active, public, and perceived as voluntary (Cialdini, 2001). Evident in, to honour your human need for consistency is to be taken with ideas of how to change your behaviour from negative to positive.

6. Follow A Desirable Behaviour With A Positive Consequence Or Reward

Rewards can feature as a variety of future positive consequences. They include money, verbal praise, merchandise or special privileges. Incentives and rewards can boost constructive behaviours and productivity (Jenkins et al., 1998). Though some argue that rewards diminish intrinsic motivation, engaging a task for the sheer enjoyment and fulfillment of doing it, rewards can help us to consistently practice a desirable behaviour and enhance our enjoyment of it.

7. Use Feedback To Make The Consequences Of Desirable Behaviours More Prominent

This technique is thought to function through the internal consistency motives, and the desire to appear consistent to yourself and others (Cialdini, 2001). In plainer terms, once you initiate a strain of behaviour, you are likely to continue with it, to appear consistent to yourself and others. In line with, practice small, easy actions for behavioural change, for a reasonable length of time. As you begin to see yourself as someone who is championing change, it becomes easier for you to increase the desirable actions and make more progress.

9. Harness The Negative Tension Between An Undesirable Behaviour And An Attitude Or Value

An uncomfortable psychological tension often occurs when we become aware of inconsistencies among our behaviours and attitudes (Festinger, 1957). In consequence, we are frequently motivated to reduce the negative tension by changing our behaviour. The desire to reduce the inconsistencies among our attitudes and behaviours, can be a powerful impetus for behavioural change. Fleshing this out, a drinking problem may start us listing the “good things” and “not so good” things about abusing alcohol. The list of “good” things: taste, social lubrication, relaxation, is likely to be small, compared to the “not so good” list. Expense. Hangovers. Missed work. Marital tension. Legal problems. Joblessness. Confronted with the list of negative consequences of alcohol abuse, consequences that contradicts our innate value of self-preservation, we will feel great dissonance pressure. Also, we will nurse an increased motivation to change.

The hypocrisy effect starts by you making a public commitment to a desirable course of action. Next, get family, friends or colleagues to remind you of past failures to perform according to your commitment. This process of making the hypocrisy pronounced enhances the inner tension resulting from the conflict between your commitment and your failures. This increases the likelihood that your future behaviours will align with your commitment ( Aronson,1999).

The threat of loss may be more motivationally powerful compared to the promise of gaining something of similar value (Cialdini, 2001). In the wake of, wording consequences in terms of what will be lost if a certain undesirable behaviour is not changed may be more effective than those emphasising what will be gained if a change is made. Still on this, using vivid languages to frame the loss or consequence is more effective at influencing change. “It’s like having a hole in your pocket.” “Your hard earned cash is flying up the chimney” (Aronson, Gonzales, 1992, p. 321).

Social norms feature as codes of conduct, informing members of a social group how to act in various situations. Oftentimes, our behaviour is profoundly influenced by those around us. In unfamiliar situations, we tend to follow the crowd. At other times, we conform to gain social approval (Cialdini, 2001). Furthermore, evidence about the behaviour of others can evoke a conforming response.

What is more, our perceptions of norms are often inaccurate. For instance, overestimating the extent to which your peers approve of and engage in alcohol consumption, may motivate you to drink heavily. So, question your assumptions to correct your misperceptions. Here, focusing on this type of question is helpful. “How many of my colleagues or friends are heavy drinkers?” Figuring out from, accurate thinking helps to root you in ideas of how to change your behaviour from negative to positive.

The afore-mentioned strategies for effecting behavioural change can be combined. Else, the end result of familiarising and pursuing the strategies is us improving the quality of our lives. Essentially, the ideas of how to change your behaviour from negative to positive, ornaments your experiences with greater fulfillment.