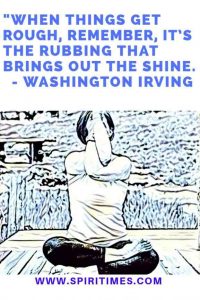 At the end of the day, when we look back at the things we have achieved, we often feel a sense of satisfaction. This state indicates that our brain’s reward system is happy. In spite of, we often have a list of important tasks we are avoiding, despite the fact that they are not going to be any easier to do tomorrow. Abandoned crucial tasks often plague us with anxiety. Considering these, how to deal with task avoidance spotlights important.

To continue with, tasks that promise long-term benefits, like better relationships and career success, remain the ones we often avoid. This stems from a tendency of our brains. It holds easier for our brains to assess the known present than to consider the unknown future. Hence our automatic system tends to place more emphasis on what is happening now, instead of what might happen in the future. In consequence, our preference to have a tasty treat today, stands out strongly.1 We find it difficult to make a sacrifice now, to enjoy a future benefit. Oftentimes, we succumb to immediate rewards like chatting with colleagues, surfing the Internet, or checking off the easy tasks in our “to-do” lists.

Following from, how to deal with task avoidance, starts with making the net benefits of taking action, to feel bigger than the net costs.

Here Holds How To Deal With Task Avoidance Scientifically

1. Make Your Future Self More Real

We can do this by painting ourselves vivid mental pictures of the future benefits of getting a task done. This motivates us to get started. For instance, we can think about the virtuous sense of satisfaction accompanying the complete execution of a task, the relief on others’ faces as we give them what they want, and the way it will feel to have aced the presentation. Think about the fact that you will make a good impression on your audience if you do well. As a result, they will come to respect your advice more, and you will feel more credible.

In agreement with, psychologist Hal Ersner-Hershfield and his colleagues discovered that when people saw a picture of themselves digitally aged, they saved more than twice as much ($172 vs. $80) when asked how much they would choose to save out of $1000.2 Shedding more light upon, imagining our future selves helps us to conceive of that future person as real. Consequently, we stand motivated to engage tasks sympathetic to that future self.

For challenging tasks, where efforts bear fruits only after many days or weeks, where the future benefits seem distant to be alluring, promising ourselves short-term rewards for finishing each small aspect of the task, starts us forward. This short-term reward can feature as watching an episode of a trashy TV program or a bicycle ride. Planning these treats, to reward ourselves for our efforts, helps us to stack the cost-benefit analysis in favour of moving forward, and against procrastination.

3. Check The Downside Of The Choice To Do Nothing

Considering the downside of inaction for a moment or two, often galvanizes us into constructive action; lack of composure, harmed reputation, poor sense of fulfilment. Avoiding a task may lighten your load today, but it certainly will not reduce your anxiety. In point with, weighing the steep costs of task avoidance, sets us to ideas at core of how to deal with task avoidance.

4. Tell Others About Your Plans

According to Oxford University neuroscientist, Molly Crockett, pre-commitment works better than willpower alone when people are trying to resist temptation. In plain, it is easier to resist watching cat videos when you have thought ahead and blocked several of your favourite cat video sites.3

Along with, publicly committing to getting something done, by telling others about our plans, adds a social cost to not following through, since it matters to us whether we are respected by others. We don’t want to look foolish or lazy to other people. So, tell your friends you signed up for a marathon if you are tempted to skip it.

When you involve other people directly by making shared plans, you risk annoying your colleagues and friends, and lowering yourself in their eyes, if you don’t show up.

6. Ask Yourself A Series Of “Why Questions”

The technique of the “five whys,” where we patiently ask ourselves a series of “Why” questions, helps us to unearth the roots of our reticence. Accordingly, you can start by asking yourself, “why do I feel reluctant to do this?” Next, ask, “why do I think or say that?” and “Why is that a problem for me?” and so on. You may discover that fear of failure keeps you inactive. Again, you may unearth a belief in inadequacy, behind this fear. Going forward, challenge your concerns. Put before you the plenty of evidence that shows you know your stuff; projects you won for your company, colleagues eager for you to join their projects, and your contributions to the growth of your company.

So, let us think about the items in our “to-do” list that we have been avoiding for a while. As we start picturing the benefits, what will be better as a result of getting them done, and planning short-term rewards, we start gaining on ideas behind how to deal with task avoidance.

1. Caroline Webb, “How To Have A Good Day: Harnessing The Power Of Behavioural Science To Transform Your Working Life,” (New York: Crown Business, 2016) 114.