How would you like people around you to gain faith in their potential and fulfil them. String along with me and we will explore how to inspire confidence in others. This confidence rouses them on to their goals despite obstacles or challenges. What is more, studies indicate that people feel encouraged and motivated to achieve more when they are praised for doing what it takes to succeed, than when they are praised for possessing certain talents or abilities. Focusing on talents alone tends to put people under pressure and lower their performance. Thus, how to give effective praise that draws out performance emphasizes more on effort, not on talents or abilities.

The advantages of praising your people for exerting the effort required to succeed are noteworthy.

When you praise your people for doing what it takes to succeed, you motivate them to rise to challenging new tasks where they could learn from. Conversely, when people are exclusively praised for possessing certain talents or abilities, they tend to shy away from challenges. This attitude comes from the fear that their talent may not be enough. Thus, they run away from anything that will call into question their talents. In plainer words, focusing your praise on your people’s talent, to the exclusion of efforts required to do what it takes to succeed, often goads them into a fixed mindset. This mentality turns on the belief that talent is a fixed limited quantity. Truth to tell, feelings of inadequacy and fear of failure accompany this mindset. To illustrate further, After the New York Times heaped praises on the talents of Adam Guettel, the grandson of Richard Rodgers, the writer of music to classics like the “Oklahoma” and “Carousel,” he succumbed to pressure induced by fear of failure. This fear instigated him to hold back from starring in a Metropolitan Opera Broadcast and TV Movie of Amahl and the Night Visitors. Of a truth, how to give effective praise is an idea made more potent by focusing more on efforts rather than talents.

2. See Problems Or Difficulties As Fun

Praising your people for effort primes them to enjoy problems or difficulties. Effort-praised people see challenges as motivation to apply more effort. Dissimilarly, talent-praised people tend to equate difficulty or failure to inadequacy. As a result, they run away from situations that will pit them against challenges or problems. 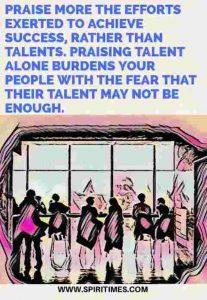 As the effort-praised people embrace difficulties or problems, they sharpen their skills and improve their performance. On the other hand, the talent or ability-praised people frequently exhibit the tendency to lose faith in their ability when they encounter obstacles or difficulties. This disposition stunts learning and impairs performance. For certain, embracing difficulties or problems is an advantage associated with how to give effective praise

4. Keeps People Away From Self-deception

People praised for talent or ability alone often indulge in self-deception to hide their fears. Chief among the fears, is the gnawing feeling that their talent is not enough. The overriding need to hide this fear from others compounds it. Again, it lures them into making excuses instead of embracing failure and learning from it. Counter to this, effort-praised people open their minds to failure and learning. With such learning, they improve their chances of succeeding. Certainly, how to give effective praise, as a scheme, brings in the benefit of enhanced self-awareness. This self-awareness enables your people to pay attention to habits deserving jettisoning and skills requiring fine-tuning. 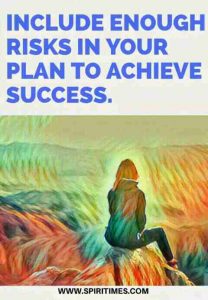 Thomas Edison And Mozart Sum It Up

When you focus your praise on your people’s talent or ability to the exclusion of the effort exerted to accomplish a worthy goal, you put them under pressure. This pressure is fostered by their fear that their talents may not be enough. Thus the right approach to praising your people, places more emphasis on the effort required to do what it takes to succeed rather than on talents or abilities. Agreeable to this, Thomas Edison, the great inventor, had thirty assistants, and often worked round the clock. Also, most pieces of the musical compositions of Mozart that we admire today, sometimes took him more than ten years to complete. As follows, their successes point to the importance of purposeful effort in achieving a meaningful goal. In kind, how to give effective praise that draws out performance from your people, as a concept, concentrates more on the effort exerted in achieving a worthwhile objective, than on talents or abilities.