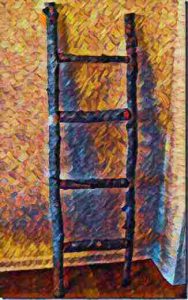 A rise in static traditions or orthodoxy in an industry often suggests a fall in creativity that holds off Imagining the Future.

Every now and then, a childlike question, posed in innocence, without regard for conventional limits, frequently triggers thoughts that lead to inventions that give on to the satisfaction of Imagining the Future. Here, we are referring to inventions that shatter certain accepted orthodoxies or conventions. This was certainly the case with the invention of the Polaroid Camera. Dr Edward Land’s three-year-old daughter’s demand for the instant result of a photograph snapped by her father sowed the seeds for the invention.

Not recognising conventional limits sometimes appear dumb, but it is the path to sharpening the competitive edge, Imagining the Future and creating it. Nicolas Hayek, a Swiss Engineer, contemplated Swiss watchmakers retaking the “low-end” of the watch market from Japanese competitors like Seiko and Citizen. The idea appeared dumb and unrealistic at the time and was scoffed at by sceptics, but in 1992, Swatch produced 25 million watches. They revitalised the Swiss watchmaking industry and proved that high wages were not enough to blunt a company’s competitive edge.

To build a well-founded competitive assumption about the future, to give their company over to the constructive activity of Imagining the Future and then to determine which alliances to form, how much to invest and the type of people to hire in, it is pertinent for senior managers to determine current forces at play in their industry and with a capacity to profoundly transform industry structure. If a company is not willing to invest in the time and intellectual energy required to understand and influence the forces shaping the future of their industry, it will surrender the control of its destiny to its competitors who are willing to do so.

The future is often determined by the intersection of changes in technology, lifestyles, regulations, demographics and geopolitics. A proactive company takes all these factors into consideration in Imagining the Future. Sharp took advantage of the situation that saw lifestyles becoming busier to launch its very profitable Wizard, a pocket organiser, introduced in 1988. In the same vein, the opportunity for global, 24 hour television news, that CNN utilised, emerged from changes in lifestyle revealed by persistent longer and more unpredictable work hours, changes in technology that paved way for handicams and suitcase-size satellite link-ups and changes in the regulatory environment mirrored by the licensing and growth of cable television companies.

To discover the future, to hold with Imagining the Future, companies must be functionally and geographically integrated. Thus, technologists should be able to demonstrate marketing imagination; marketers, deep insights into technology trends; and managers, familiarity with the demands of consumer markets. Sony’s palmtop computer that enabled busy executives to write directly on the screen with a stylus pen was born out of a young engineer’s determination to look at a problem through the customer’s eyes.