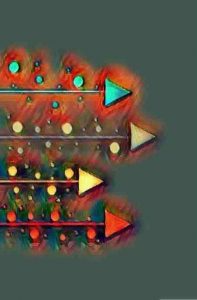 AVOIDING THE PITFALLS OF INEFFECTIVE THINKING.

Blunders inevitably follow us when we allow our decisions to be based on what we want instead of what we know. This aspect of ineffective thinking is often known as wishful thinking; it is to decide that the world is in a certain way, even in the absence of any confirming or supporting evidence, because we want to avoid the pain of seeing it otherwise.

Balanced optimism is a wonderful trait to have; persistence leading to success gets up on its back. However, failure to acknowledge that things might go wrong gets on for ineffective thinking and often leads to difficulties.

A strong desire, for something, bordering on desperation often impinges adversely on our rationality. Studies indicate that the prospect of winning something frequently interferes with our ability to predict or estimate our performance levels or capabilities. We tend to overestimate our capabilities considerably in this kind of situation and fall in with the unsatisfactory errors of ineffective thinking.

Ineffective thinking is also to embrace irrational or abnormal thought patterns and to compensate for them by cultivating reasons why a particular case is different from the norm.

Avoiding evidence that doesn’t support our wish, focusing on and exaggerating a small slice of data that supports our point of view or wish is to set the stage for unproductive thinking.

When our thought patterns or beliefs embodying our worldview is proved false or when it does not apply and we fail to adjust or accept it, our decisions will, in effect, be based on ineffective thinking. This situation is exacerbated where there are groups of believers who make it difficult to escape a belief pattern exposed as untrue. Ego gratification and lack of good information to challenge the redundant beliefs also help to foster this situation.

To allow our relationships with others to keep us from thinking about a situation correctly is to indulge in ineffective thinking.

Being overconfident and resistance to ideas other than one’s own and carrying confidence into areas where one has minimal or nonexistent skills sets one to the path of ineffective thinking.