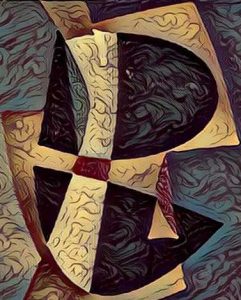 Organisational inertia can be resolved by facing the hard truths and waking up from the past.

A company’s inability or unwillingness to adapt to changing circumstances is a nature of organisational inertia. Alongside this, the level of organisational system disorder is entropy. It is crucial for leaders to be constantly on the alert, working to maintain the organisation’s purpose, form and methods even if there are no changes in strategy or competition. This proactive attitude makes for a well-managed organisation and keeps away the adverse effects of entropy. Successful strategies often stand and flourish on the inertia and inefficiency of rivals. Owing to Blockbuster’s reluctance to abandon its focus on retail stores, Netflix powered past it. Bankruptcy became the ultimate price it paid for its organisational inertia.

Organisational inertia breaks into three aspects: the inertia of routine, cultural inertia and inertia by proxy. Each provides different factors for a leader bent on taking advantage of a less responsive rival.

The organisational inertia of routine, unfortunately, approves of limiting organisational actions across its rungs to the familiar and filtering and shaping manager’s perceptions of issues to the known. An organisation’s standard routines and methods often leave the organisation increasingly exposed to the harmful effects of inertia. This inertia becomes quite obvious through the impact of outside shocks like the invention of the microprocessor, telecommunications deregulation and so forth. The outside changes alter the basis of competition in an industry and render the old routines redundant. Attempts to find a comprehensive solution to the crisis of organisational inertia could result in acquiring a firm with superior methods, using consultants or simply redesigning the firm’s routines.

Culture frequently means the elements of social behaviour and meaning that are stable and strongly resistant to change. A retrogressive organisational culture resistant to change is usually associated with waste and inefficiency. Simplification makes a break with an unprogressive organisational culture inertia. This process cuts out excess layers of administration and arrests nonessential operations that could be spun off. It also eliminates complex routines and hidden bargains among units that encourage waste and inefficiency. A simpler organisational structure exposes the bad behaviour prevailing in obsolete units. To change a unit’s culture entails changing its member’s work norms and work-related attitudes. The organisation will give success to its efforts in this regard by replacing the unit’s alpha member with another leader boasting of more constructive values and attitudes.

Customers’ inertia sometimes infects an organisation, getting the organisation to exhibit a form of inertia by proxy. In 1980, when interest rates hit 20 percent, many conservative long-established customers were not eager to pursue this new type of high-interest deposit account rather they preferred to stick with their old banks like the Philadelphia Savings Fund Society (PSFS) who were just paying 5 percent to depositors. The inertia of the depositors motivated the older banks not to put on offer the high yielding deposit account. Organisational inertia by proxy exists where a business may choose not to respond to change or attack in order to preserve still-valuable streams of profit. It disappears when the organisation shepherds its preferences to adapt to the changed circumstances rather than hanging on to old profit streams.