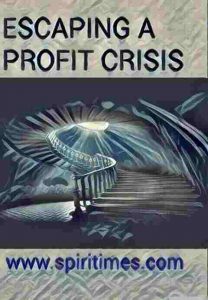 CREATING A QUASI OR ARTIFICIAL CRISIS YEARS IN ADVANCE HELPS A COMPANY TO AVERT A GENUINE PROFIT CRISIS. SENIOR MANAGERS WILL BEAR A MARK SYNONYMOUS WITH THOSE WHO ARE IN CONTROL OF THEIR COMPANY’S DESTINY IF THEY CAN CLEARLY STATE FIVE OR SIX FUNDAMENTAL TRENDS SERIOUSLY THREATENING THEIR FIRM’S SUCCESS AND SURVIVAL.

The lack of sensitivity to industry trends and the tendency of running from uncomfortable truths often puts a firm’s core business at risk and sets the stage for a profit crisis. Wasting time in denying uncomfortable facts will eventually get a company to a point, where it would realise that the need for change is inevitable. At that point, it would have dissipated its cash, people, intellectual energy and other capabilities required to regenerate its core strategies.

For today’s Innovators to avoid the bloodied fate of many industry incumbents, they have to rise up to reinvent themselves and their industries in time.

A company regenerates the idea of what they are and what they are about, what industry they’re in, who their customers are, and what those customers want in time. J. P. Morgan operated in the spirit of regeneration when it transformed itself from a commercial bank to an investment bank. When Gap moved from being a cheap retailer of jeans to be a retailer of trendy, value-priced fashion basics, it reinvented itself.

For a company to create a sense of urgency, while at the peak of success, that will motivate it to keep an eye on the future, to enlarge its traditional managerial frames and begin the arduous work of regeneration, its senior managers must be convinced of the fleetingness of today’s success. With anticipatory unlearning, firms can keep pace with environmental and industry changes and avoid massive restructuring and massive layoffs.

To get the undeniable truth that repeating the past won’t sustain success in the future over to managers and employees, to amplify weak signals portending approaching disaster and to define the point and conditions in which the present economic engine declines are all crucial to a company seeking to unlearn and regenerate.

Senior managers will bear a mark synonymous with those who are in control of their company’s destiny if they can clearly state five or six fundamental trends seriously threatening their firm’s success and survival.

Creating a quasi or artificial crisis years in advance helps a company to avert a genuine profit crisis. In the 1980s, Motorola became apprehensive of its Japanese rivals who were threatening its professional electronics business, and so, launched an awareness-building program, “Rise to the Challenge.” This program brought thousands of their employees into contact with early warning signs of potential doom, thus, enabling them to make notable operational improvements and a basic assessment of corporate direction. Motorola managed to remain dominant globally in its core businesses as the 1990s dawned.