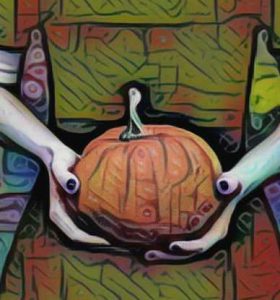 RESOURCE ACCUMULATION AND LEVERAGE FOLLOWS IN THE WAKE OF UNLEARNING.

Resource accumulation and leverage takes to the definition of a firm as a reservoir of experiences that accumulates from their interacting with their customers, learning more about their competitors and thinking up new ways of solving problems, amongst others. Learning organisations are more efficient at extracting value from each additional experience. Crucial to resource accumulation and leverage is the capacity to mine ideas from the experience stockpiles. The relative efficiency with which a firm learns from each additional experience sets a value on its rate of improvement. The more efficient it is at systematic learning, the higher the rate of its improvement. This trend is exemplified by Honda, that develops new car models, at a time and at a cost, that is just a fraction of what Ford or GM sets aside for a similar purpose. Systematic mining of additional experiences paves way for improvement. Camouflaging problems is not a progressive activity, for an identified problem creates room for improvements. To regard each new experience, each success or failure as an opportunity to learn is the progressive approach that will lead to improvements, a by-product of resource accumulation and leverage. Unlearning, dumping of redundant precedents and orthodoxies must take place before the occurrence of learning, of which leveraging the experience of every employee and encouraging him or her to make meaningful contributions is part of.

Another way of accumulating resources and achieving resource leverage is through borrowing. A firm secures to itself the skills and resources residing outside, through alliances, joint ventures, inward licencing and the use of subcontractors. Being a good hand at internalising the skills of a partner is an extreme method of borrowing. Resource accumulation also holds by harvesting the seeds of technological innovation planted in other countries. In an alliance or partnership, the upper bargaining power goes to the partner that is most rapidly digesting and internalising the skills of the other. Borrowing also affects to encourage the welding of tight links with suppliers to better exploit their innovation, share developmental risks with critical customers, borrow resources from more attractive factors like those found in a developing country. An attractive factor is a relatively low-cost software programmer, in a country like India, hired via a satellite hook-up, by a company in the United States. Collaborating in international joint research projects is also part of borrowing that leads to resource accumulation and leverage.

To the advantage of resource accumulation and leverage is the blending of different types of resources to multiply the value of each. It is very useful to blend discrete skills and technologies to produce a world-class performance. Absolute leadership in a narrow range of technologies may still bring in a verdict of failure if a firm is not well-versed in the subtle art of blending and harmonising technologies. Blending also takes the form of successfully integrating diverse functional skills like research and development (R&D), production, marketing and sales. The aim of this blending is to spring up a successful product that secures a fair share of the market. Sony blended its headphone and tape recorder skills to create the Sony Walkman. The combination of a small keyboard, a microphone and magnetically encoded cards helped Yamaha to create a play-along piano-karaoke system.

Resource allocation and leverage also thrives on taking ownership of resources that enhance the value of a firm’s unique competencies. The British company, EMI, invented the computerised axial tomography (the Cat scan) in the early 1970s. Well-grounded in technology but badly-heeled in distribution and manufacturing, it failed to capture a fair share of the CAT scan market. General Electric and other competitors capitalised on this shortcoming and used their superior manufacturing and distribution capabilities to squeeze EMI out of the market. To flaunt the garb of a balanced company, a firm must have a strong product development capability, a capacity to produce its products or deliver its services at world-class performance levels of cost and quality. It must also boast of a wide-spread distribution, marketing and service infrastructure excellence. To take control of complementary resources sets up a firm to leverage its unique resources and multiply the profits accruable from them. This informs the stance of every Japanese company to establish its own global brand franchise and worldwide distribution infrastructure.

A company’s run of luck on resource accumulation and leverage is further enhanced by recycling or reusing a given skill or competence. Canon‘s optics expertise is set to work across cameras, copiers, ophthalmic testing equipment, semiconductor production equipment, camcorders. Recycling or reusing its engine innovations, Honda has successfully operated across motorcycles, cars, outboard motors, generators and garden tractors. Flexible manufacturing that sees some Japanese car manufacturers making up to seven models on a single production line is another form of resource recycling. Flexibility guarantees better resource utilisation since there is less downtime as production shifts from one model to another. Organisational resource recycling is facilitated by a cooperative spirit amongst managers, entrenched patterns of lateral communication about the location of particular resources and an understanding of the organisation as a pool of widely accessible skills and resources. Resource accumulation and leverage is made richer by reusing or recycling given skills or competencies.

Another measure to boost resource accumulation and leverage is to co-opt the resources of others and thereby extend one’s influence and power in a subject industry. The first step in this co-opting is to identify a common objective, a common interest. Sematech was formed with government help, by a group of U.S semi-conductor companies, eager to rebuild a U.S based semiconductor production equipment industry. In another scenario, ICL in Britain, Siemens in Germany and Amdahl in the United States coalesced their forces around Fujitsu to fight IBM’s then dominance in the computer industry.

Accepting the industry’s leader’s definition of the market structure or becoming a prisoner of accepted industry practice undermines a firm’s efforts at resource accumulation and leverage. In the beginning, Dell chose to sell its computers by mail to avoid competing with Compaq’s dealer network or IBM’s direct sales force. Identifying an undefended territory, segments of unsatisfied consumer needs is a means to resource accumulation and leverage. This initiative is mirrored by the success of Honda’s small motorbikes, Komatsu’s early engagement with Eastern Europe, and Canon‘s line of personal or convenient copiers.

Also, a rapid recovery time in the marketplace for resources spent in pursuing organisational purposes engenders resource accumulation and leverage. Doing anything twice as fast as competitors, on a similar resource base, secures to the effective company valuable advantages. First, they will recoup their investments more quickly, have more up-to-date products and provide customers with more opportunities and incentives to switch allegiance.