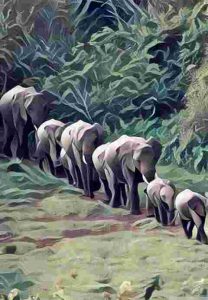 If the three crucial domains of people, strategy and crisis that determine the survival and well-being of any organisation are neglected or if Smart Leadership Judgement calls are not made in these domains or areas, an organisation could be derailed fatally.

To make Smart Leadership Judgement calls about the people on their teams and to manage them effectively helps leaders to set a sound strategic direction for their organisation and deal with crises effectively. The Board of Merck did not make a Smart Leadership Judgement call when they hired Ray Gilmartin as CEO. He lacked the adequate experience required to lead a company of the size and complexity of Merck and was unable to build a high-performance team crucial for success. His ineffectiveness eventually led him to preside over the late regrettable multi-billion dollar Vioxx drug recall. To the contrary, Hewlett–Packard (HP) made a Smart Leadership Judgement call when they chose Mark Hurd to succeed Carly Fiorina. With a deep understanding of HP and how it made money, and a strong management team, he succeeded where Fiorina failed.

To lead the organisation to success is the core role of the leader. So, if the current strategic focus is not aligned with success, it is the leader’s duty to find a new strategic direction by making a Smart Leadership Judgement call. Strategic smart leadership judgement depends on the leader’s ability to appreciate current trends, look over the horizon and spring up the right questions. The influence of the people the leader chooses to interact with also influences his or her thinking. Jack Welch‘s interactions with Peter Drucker motivated him to conclude that the way for General Electric (GE) to succeed was by having businesses that they were number one or number two in their industries. This strategic stance prompted the sale of GE Housewares in 1984. This move was severely criticised by the press at the time, but it eventually turned out to be a right strategic decision. In the mid-1990s, he redefined GE as a company that not only sold machinery but also delivered services. Hence their total package for a hospital included the machinery, software and support to help the hospital remain operationally effective. Making strategic Smart Leadership Judgement calls entails taking some time to think and understand which businesses are going to work and which business models will be effective. When Jeff Immelt took over from Jack Welch, he decided that it was time to transform GE into a technology growth company. This thinking led him to choose ten key technology areas, such as nanotechnology and molecular imaging and to make billion-dollar acquisitions in this regard.