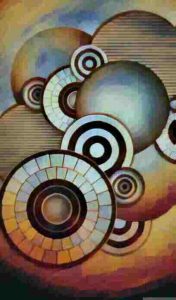 STRATEGIC ANTICIPATION HELPS THE STRATEGIST TO IDENTIFY THE PIVOT POINTS THAT HELP TO MAGNIFY THE EFFECTS OF FOCUSED ENERGY AND RESOURCES.

A good strategy does one notable thing: it harnesses the power and applies it to achieve the greatest effect. This not only means attacking a problem with effective combinations of policy, actions and resources, but it also involves cleverly using policies and resource commitments to develop capabilities crucial in future contests. Strategic anticipation is vital for levering an organisation into a position of competitive strength.

It is a good strategy that levers an individual or organisation into a number of favourable outcomes by focusing minds, energy and action onto a pivotal objective.

Strategic leverage moves up to strength by a potent mix of anticipation, insight into what is most pivotal or critical and concentrated application of effort.

Insights into predictable aspects of others’ behaviours that could be advantageous motivate the strategist. Toyota demonstrated this characteristic insight when it invested more than $1 billion dollars in developing hybrid gasoline-electric technologies. Their belief that hybrid vehicles would eventually become a major product category due to fuel economy demands and that other automakers would readily license the technology and not invest in an alternative or superior technology were the strategic anticipations that they started out with. Neither of the anticipations failed them as indicated by subsequent events. Anticipation concerning the behaviour of others, especially rivals is quite critical. The difficulty in Iraq in April 2003 for the U.S Army and other Services revealed that the U.S military plans for the invasion of Iraq in the Spring of 2003 failed to anticipate the rise of a robust insurgency. On the other hand, the insurgents operated under the anticipation that the media coverage of casualties would sway public opinion in favour of withdrawal of U.S troops.

Strategic anticipation is shaped by predictable results of events that have already happened. Existing trends, predictable economic or social dynamics or the routines of others that leave their behaviour predictable are some of the factors that influence this anticipation.

A pivot point magnifies the effects of focused energy and resources, and it is vital for the strategist to find that pivot point. The pivot point could revolve around improving the speed with which a product or service is delivered to customers, improving cleanliness and courtesy, seeing to an unfulfilled pent-up demand and using a developed competence or capability in a versatile manner. When effort is concentrated at a pivot point, often a natural or created imbalance in a given situation, the effect of the effort is greatly magnified.The imbalance between rivals could be revealed by their evident capabilities and character of supporting forces.

A “threshold effect” is said to exist when there is a critical level of effort required to effect a system. Since little payoffs result from efforts below this threshold, it is prudent for the strategist to narrow down the objectives to those that can be affected by the available resources. For this reason, advertisers often concentrate their efforts over relatively short periods of time, a company may launch a new product region by region, concentrating its advertising in a particular region to encourage the adoption of the product and a politician leans towards providing a clear benefit to a recognizable group rather than providing large benefits spread more thinly across a larger population. The power of concentration is potent when we isolate crucial objectives that could be affected by available resources decisively.